Green Party candidates for the Cheshire East elections - 6 May 2021.

A small number of by-elections are to be held in town and parish councils throughout Cheshire East on 6 May 2021. The Green Party is contesting a number of these.

There is one by-election for a seat on Cheshire East Borough Council: Crewe West ward. The full Cheshire East council will not be re-elected until 2023.

I have been a member of the Green Party since just before the 2015 General Election, which then co-incided with our local town and county borough elections, when I first put my name on the local elections ballot slip on behalf of the Green Party.

I’ve lived in Crewe since 2005, moving from Berkshire.

I am married and have 3 children and a step-daughter, all of whom, have been educated at various levels in the area.

I am self employed as a birth and post-natal Doula, supporting women, birthing people and their families around South Cheshire and neighbouring counties. I am also the vice chair of the Central Cheshire Maternity Voices Partnership.

The Green party ethos of practical sustainability and compassion are a natural extension of my own passion for supporting and encouraging human connection, to each other and to our environment at every level. We have an international climate emergency, but also many local issues that the Green Party can really make a difference to.

When I have a minute spare, I enjoy reading widely, cooking and baking, being outside with my kids, gardening, social media (I can’t deny it) and occasionally writing stuff!" 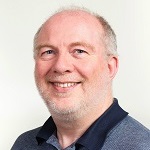 John has has lived in Macclesfield with his family for over 18 years. Originally from Stockport, he worked for more than 30 years for the Trade Union movement, before taking early retirement in 2016.

John says: "This May, voters in central Macclesfield  have a real choice - another Labour Town Councillor or a voice for real change.

“As a Green Town Councillor, I will fight for:-

"Greens are not “whipped” like those of other parties - as your Town Councillor, I will be free to speak out and act on behalf of my constituents." 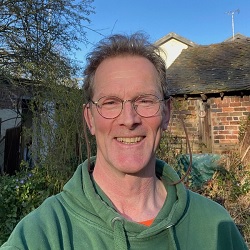 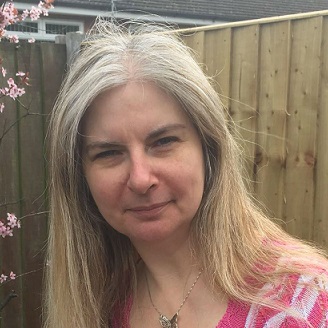 The Government’s ideological commitment to austerity has seen £50 billion cut from council services since 2010. These cuts - forced through from Westminster - have closed libraries, forced councils to sell public land and laid off the council staff that collect litter, repair roads and care for older people. The cross party Local Government Association estimates that councils face a further shortfall of £8 billion by 2025 with the most basic of services being eroded, decimating our communities.

A vote for the Green Party in May is a vote against such outdated, disastrously imposed establishment thinking. It is a vote for a new, fresh approach.

The Green Party is committed to campaigning to restore the £50 billion of public money taken from councils – having Greens elected to councils will send a strong message to Westminster that people have had enough of losing cherished local services.

At a local level, having Greens on your council means having champions for investment in local services, fighting to improve public spaces, increase access to social housing and to provide more walking, cycling and public transport opportunities.

It means having councillors looking beyond the tired stock answers and convention-sapped ambitions of the establishment parties. Green councillors embrace the new and relish the bold; harnessing resident’s skills and trusting local knowledge to solve local challenges, from declining high streets to under resourced public transport.

Unlike councillors from the establishment parties, Greens are not subject to a Party whip that orders them to vote according to the needs of the party machines and their colleagues in Westminster. This means they are free to put the residents they represent front and centre, and to fight without fear of favour for their interests - and the radical solutions that will make their lives better.